Below is a deleted scene from my second novel, Feast: Harvest of Dreams. It gives a little back story into the world of the Darklings and shows Ash's father teaching him how to hunt. This was one of my favorite scenes but I cut it because it didn't move the story forward:

They sauntered through the cobbled streets of Amsterdam, wearing pale skin and flaxen hair, the sun so low on the horizon that it gave less light than a flickering candle. The city itself was little more than a village with narrow stone houses and rings of canals. Somewhere in the descending darkness, fishing boats bobbed on the shores of the Amstel River, and the whole city seemed stained by the odor of fish. An icy wind brisked through the alleys and it carried with it the fragrance of harvest, sugar sweet.

Ash was learning how to hunt, his father at his side. A very long time ago.

He lifted his head, sniffed the air, eyes closed. Could almost taste the dream as it sailed and spiraled in the raw wind. In the distance he could hear it, the frost-edged window sliding open, the invitation given.

The song rushed through his veins, hot and strong and immediate.

“Father?” he asked, not daring to turn his head, his eyes fixed upon the open window.

“Yes, my son,” the older Darkling said. A heavy cloak and fur-lined collar sheltered him from the polar chill. But he withheld permission. It was part of the training.

Ash strained, every muscle taut, every sinew ready to snap into action. His eyes ever on the glistening, crystalline window. The thrill of the hunt sizzled in his brain and he tried to stay focused on everything he had learned up to this moment.

The garments of flesh. Olive skin and raven hair for the slopes of the Italian Apennines. Dusky skin and almond eyes for the rice paddies of Siam. Saffron skin and blue-black hair for the opium dens of China. Creamy skin and red hair for the stone cathedrals of Ireland.

The rules of harvest. You must be invited in. Allow the human the right of refusal. Mark those who belong to you. Never steal from another Darkling. And never, ever harvest unless the Moon hangs full in the sky.

It was all part of a noble tradition, handed down from father to son, mother to daughter. This was the way of life. This was the only way to survive. That was what Ash always thought until he found about the wild ones.

But on this starless night, when the Moon cast shadows on a seventeenth-century cityscape, he thought only of his prey. A twenty-five-year-old laundress with waist-long golden hair, who dreamt of sailing off as a colonist to the East Indies, a mythic land of cinnamon, pepper and clove. He leaned into the dream, already part of it, fingertips touching the world she was building, brick by brick, inside her mind.

He didn’t care about the wild ones who refused their training and ran away during their first or second or third harvest. Even though he saw yellow eyes following him from time to time, a savage reminder of their unending hunger.

He pressed his flesh into the fabric of her dream, listening to the Call, sweet and seductive, the glisten of glass in the moonlight.

Then a subtle nod of the head and a whispered word.

And he flew, straight through that narrow opening, turning his long slender body just so, wings at his side for just a flash, and then he descended on the other side in a slow whirl. He set his feet on wooden floors and boldly walked toward the bed where the laundress slept.

Merrie Destefano
I'm an urban fantasy author with Harper Voyager, and I now have two novels under my belt. (Hurrah!) Afterlife and Feast are available for purchase just about anywhere and either one of them will temporarily make you forget about doing laundry, cleaning the bathroom or paying your bills. I love writing scary/romantic stories and I firmly believe in HEAs. I'm an animal lover and a tree-hugger and I sometimes forget that I'm wearing my PJs until I go outside to get the mail. 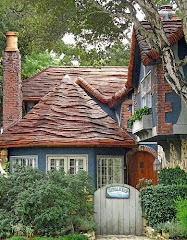